Andrade Cien was born on  November 3, 1989, in  Gomez Palacio, Durango. He is famous as is a Mexican professional wrestler. Andrade Cien worked in Mexico for Consejo Mundial de Lucha Libre as La Sombra and WWE. His father is Jose Andrade Salas, who wrestles as Brillante. On October 3, 2003, he made his professional wrestling debut. Andrade signed a developmental contract with WWE on November 19, 2015. He is a playable character in the video games WWE 2K19 and WWE 2K20. He has been in a relationship with fellow professional wrestler Charlotte Flair since February 2019. Andrade Cien Net Worth And Income In 2021 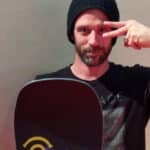