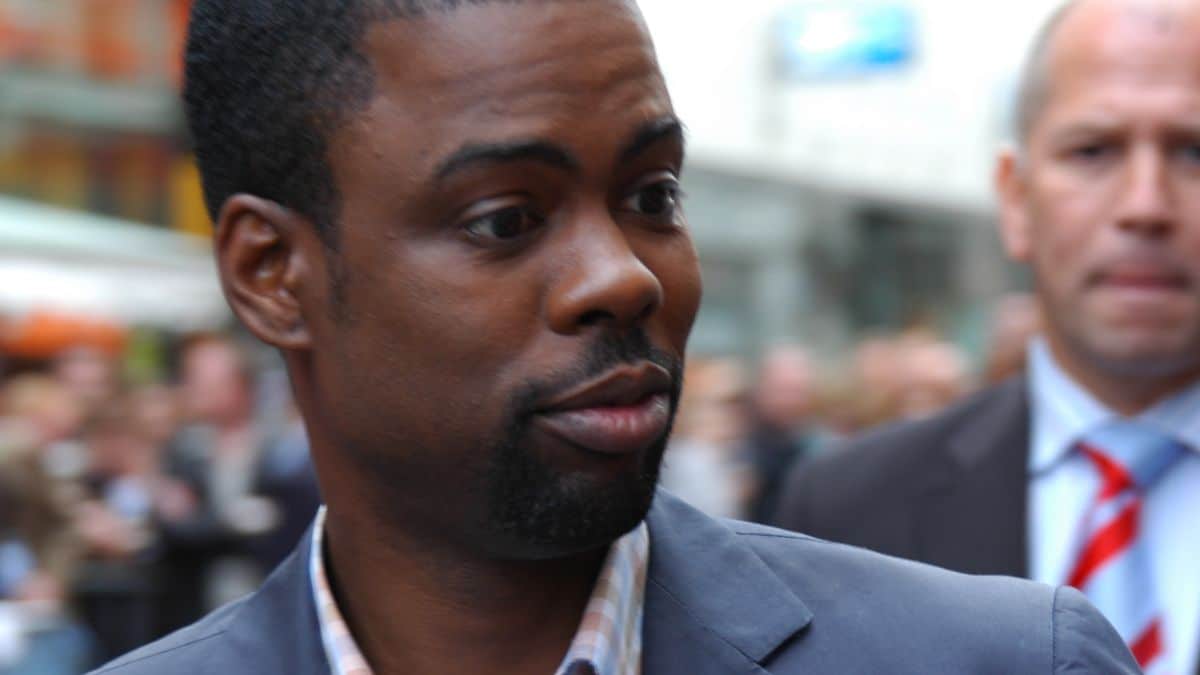 Chris Rock performed his first standup comedy at the age of 19. His career, and net worth, skyrocketed after a stint on Saturday Night Live. So how did Chris Rock earn his fortune, and how does he spend it?

Not long after he was born, Rock’s parents moved to the Crown Heights neighborhood of Brooklyn, New York. They relocated and settled in the working class area of Bedford–Stuyvesant a few years later.

His mother was a teacher and social worker for the mentally handicapped named Rosalie (née Tingman). His father, Julius, was a truck driver and newspaper deliveryman, and Julius passed away in 1988 following ulcer surgery.

Rock is the eldest of seven full siblings (six boys and one girl). He also had an older paternal half-brother, Charles Ledell Rock, who died in 2006 following a battle with alcoholism.

Rock’s younger brothers, Tony, Kenny, and Jordan, followed in his footsteps in the entertainment industry.

In 2008, Rock’s family history was profiled on the PBS series African American Lives 2. A DNA test revealed that he’s of Cameroonian descent (specifically from the Udeme/Ouldémé people of northern Cameroon).

His great-great-grandfather, Julius Caesar Tingman, was enslaved for 21 years before serving in the American Civil War as part of the United States Colored Troops.

In the 1940s, Rock’s paternal grandfather moved from South Carolina to New York City to become a taxicab driver and preacher.

Rock traveled by bus to schools in predominantly white neighborhoods of Brooklyn. He was bullied and took several beatings from white students. The bullying worsened as he got older, resulting in his parents withdrawing him from James Madison High School.

Rock’s first standup comic work was in 1984 for New York City’s Catch a Rising Star event. Eddie Murphy spotted him in a nightclub, befriended and mentored him, giving him his big break with a role in 1987’s Beverly Hills Cop II.

What is Chris Rock’s Net Worth?

According to Celebrity Net Worth, Chris Rock’s net worth is around $60 million. That puts him on par with Sigourney Weaver, Psy, Avril Lavigne, and Travis Scott.

How Did Chris Rock Earn His Net Worth?

Rock’s career reached new heights in 1990 when he became a cast member on Saturday Night Live alongside stars like Adam Sandler, David Spade, and Chris Farley. He remained on the show for three years until 1993.

On television, he appeared in a 1987 episode of Miami Vice, a 1995 episode of The Fresh Prince of Bel-Air, a 1998 episode of King of the Hill, and more. He’s also appeared as himself on countless shows.

From 2005 until 2009, a sitcom called Everybody Hates Chris aired, loosely based on Rock’s school days. He is the executive producer and narrator.

For Madagascar 3 alone, he earned a whopping $3 million salary, and he had a share of the back-end profits of Grown Ups 2, which grossed $247 million globally.

Rock’s standing in Hollywood is such that he hosted the Academy Awards on three occasions, in 2005, 2016, and 2022 (when the infamous slapping incident occurred with Will Smith).

How Does Chris Rock Spend His Money?

Chris Rock has money to burn, and he spends it accordingly.

His two most prominent home purchases are his Alpine, New Jersey mansion, which cost $3 million, and his Brooklyn townhouse, which he has since sold.

While he owned the Brooklyn townhouse, he often rented it out. The monthly cost steadily increased from the original $7,950 to $15,000.

Chris Rock’s net worth took a hit in 2016 when he and his ex-wife, Malaak Compton, got a divorce. It’s estimated to have set him back around $40 million.

While Rock isn’t one for owning a fleet of flashy cars, he did spend around $30,000 on a Dodge Durango, and he does own Maserati, which was bought for him by Adam Sandler as a gift. The upkeep alone will cost Rock thousands of dollars.

Rock loves to accessorize, and much of his money has been spent on doing so. He owns several Rolex watches, and when Tina Fey and Louis CK helped him to rewrite a movie, he gave them both $5,000 and a Rolex Submariner as a gift. On the back of each watch, “thanks motherf****r” was inscribed.

It’s become part of Rock’s trademark look to wear diamond accessories, and it’s rare out and about without a pair of diamond studs (in varying sizes) in his ears. His collection will undoubtedly cost him thousands of dollars.

He loves sneakers and has spent thousands of dollars on the likes of Yeezys, Air Jordans, and Balenciagas.

Expensive glasses are also among Rock’s favorite things. His favorite brands include IC Berlin and Robert Marc, each of which can cost up to $1000 per pair.

Finally, Rock is a huge sports fan and spends a lot of his cash on attending sports games. He’s sat courtside at the NBA finals and loves to attend New York Knicks baseball matches. Sometimes he takes friends with him as well. None of that will be cheap.

He continues to thrive at the top of the business and has two movies – Amsterdam and Rustin – coming in 2022 alone.

Additionally, he will undoubtedly continue to be successful in the comedy world, meaning his wealth will increase even more in the future. We wish him well.