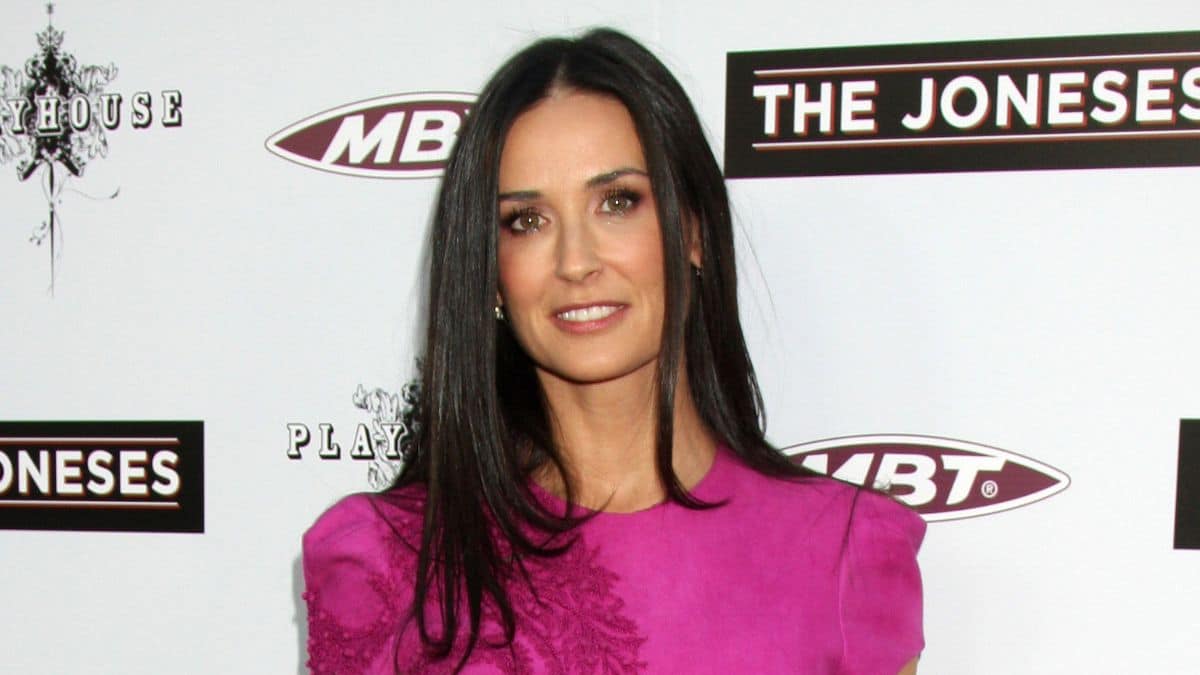 Demi Moore’s net worth is substantial. She is an American actress, model, film producer, and activist. She’s done television and was on the soap opera General Hospital in the early eighties.

Demi Moore’s net worth estimate in 2022 is approximately 200 million dollars.

How Did Demi Moore Earn Her Net Worth?

Demi Moore’s net worth has several contributing factors. From films to production, from her memoir to divorce, she’s done outstanding for herself financially.

Demi Moore was a force reckoned with in the early to mid-nineties. She made history with her $12.5 million payday ($20 million today) for Striptease (1996). It made her the highest-paid actress (at that time).

Moore reportedly only made $350,000 for her role alongside Patrick Swayze in Ghost (1990), which grossed $506 million worldwide and is still one of her most successful films.

However, she’s made millions from other films, including:

Then, after a small movie-producing hiatus, Moore returned to the screen in full throttle with her Madison Lee role in the third installment of the Charlie’s Angels franchise. She played the villain to Drew Barrymore, Lucy Lui, and Cameron Diaz as the angels.

She’s appeared in several films, and various television shows since, but without the same financial success.

While the exact numbers are unknown, Demi Moore most notably produced the Austin Power trilogy with a lifetime gross of over $473 million. So she took home a hefty chunk of change. Moore has six other producer credits on IMDb.

Demi Moore landed a $2 million book deal and released her memoir Inside Out. It debuted at number one, becoming a New York Times Best Seller.

Moore began modeling in her teenage years, and she has been on several international fashion magazine covers, including:

Through the decades, Moore has partaken in several lucrative brand endorsements. She’s been in TV commercials, including Diet Coke, Lux, Oscar Meyer, Keds, Seibu, and Jogmate.

Demi Moore has done print ads for Ann Taylor and L’Oreal and became the face of Versace in 2005. Additionally, she endorsed the Helena Rubinstein cosmetics brand.

Demi is an Instagram ambassador promoting various brands. Money Inc. reported that Networth Buzz accessed her earnings of around $790 to $1,320 paid per Instagram post with 500,000 followers.

However, we can’t verify the source because it no longer exists. Nonetheless, with 3 million Instagram followers, we can assume this number has increased.

Moore co-wrote three songs with ex-husband Freddy Moore. She also appeared in a music video for his band’s (The Nu Kats) track “It’s Not a Rumor.” She continues receiving royalty checks for her songwriting work (1980-81).

Moore received a $90 million divorce settlement from Bruce Willis in 2000. It consisted of both real estate and cash assets.

She also received a substantial divorce settlement from Ashton Kutcher. However, the amount remained undisclosed.

The September 2022 issue of Vogue discusses the Demi Moore x Andie swimwear collaboration that debuted in July. Her first collection consists of 10 styles ranging from $75 to $155.

Moore is a swimsuit mogul. Her swimsuit and surfboard scene in Charlie’s Angels: Full Throttle is iconic.

How Does Demi Moore Spend Her Money?

According to The New York Times, Moore is “the world’s most high-profile doll collector,” and the Gene Marshall fashion doll is among her favorites. Moore reportedly kept a separate residence to her house for over 2,000 dolls!

Bruce and Demi shared a 7,000-square-foot penthouse in Central Park’s San Remo (New York) for $7 million. In addition, they acquired another two-bedroom apartment in the same building.

Demi kept the property in the divorce settlement and listed it for $75 million in 2015. Finally, it sold for $45 million in 2017. Moore owns several properties in Hailey, Idaho, and a $3.5 million mansion in Beverly Hills.

Demi Moore is a well-known activist and philanthropist who established a non-profit with her then-husband Kutcher in 2009. Eventually, it became the Thorn: Digital Defenders of Children.

The mission is “to disrupt and deflate the predatory behavior of those who abuse and traffic children, solicit sex with children or create and share child pornography.”

Moore has donated to at least 15 confirmed charities, including UNICEF, Free The Slaves, Coalition to Abolish Slavery and Trafficking, Healthy Child Healthy World, Raising Malawi, American Foundation for AIDS Research, All Day Foundation, Chrysalis, and Artists for Peace and Justice. The exact amounts are unknown.

Furthermore, Moore was a special contributor to the CNN Freedom Project. She traveled to Nepal to meet with the 2010 CNN Hero of the Year, Anuradha Koirala, and her Maiti Nepal organization.

The Maiti Nepal has rescued more than 12,000 stolen Nepalese children from sex trafficking since 1993.

Demi Moore is an award-winning actress and producer with a charitable heart and passion for justice. She received 25 nominations for Golden Globe Awards, a Screen Actors Guild Award, and a Primetime Emmy Award.

She’s been married three times and has three children with her second husband, Bruce Willis. Demi Moore has an estimated net worth of $200 million.