Donald Trump lost half his net worth during his presidential term, but since 2020, he has regained most of his fortune.

Donald Trump Is Making His Net Worth Great Again

Notably, the 76-year-old former president has numerous other titles: father, grandfather, husband, and developer, among others.

However, have you ever wondered how rich he is? How did he accumulate his wealth?

Narrowing down the exact net worth of Donald Trump is quite a task. The estimates presented in the media vary, making his net worth a debatable topic. For instance, before running for office, Forbes estimated his net worth at $2.9 billion. On the other hand, Bloomberg reported he had a net worth of $2.3 billion.

While in office serving as the US president, several organizations stopped collaborating with him or his properties. This caused a dent in his net worth, making him lose nearly half of it. For instance, Forbes reported it his net worth dropped to $2.1 billion in 2020 from the $4.5 billion they listed in 2016.

As of 2022, Forbes listed Donald Trump’s net worth at $3 billion, recovering somewhat after Joe Biden took over the presidency.

Donald Trump was already a billionaire before inhabiting the White House. Therefore, seeing his net worth on the rise doesn’t come as a surprise.

How Did Donald Trump Earn His Net Worth?

Emerging as the richest president to hold office in the US is not a joke. So, how did Donald Trump earn his net worth? The former president earned his money through the following. 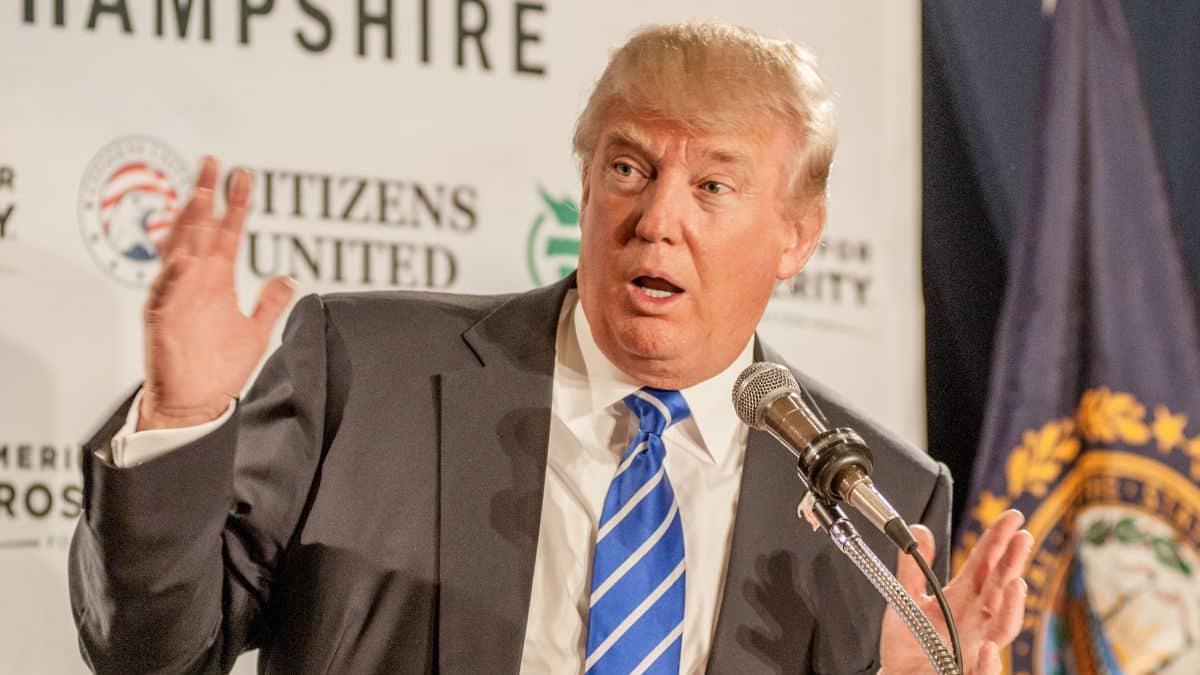 The 45th president of the United States was already wealthy even before he began his political endeavors. He was born into a wealthy family. His father, Fred Trump, was a real estate developer. Upon the death of this real estate tycoon, his son, Donald Trump, had an inheritance of around $40 million. Therefore, his earnings have been accumulating over the years.

Before Donald Trump entered the political ring, he had a prominent real estate career in New York City. His legacy in real estate has earned him wealth. Moreover, he managed to create an empire of his own in this field, The Trump Organization. He became the head of this organization in 1971.

Trump also acquired, renovated, and rebranded the Commodore Hotel into the Grand Hyatt Hotel, making it one of his major successes. Also, in 1984, he finished a 68-story Trump Tower, the headquarters of The Trump Organization, five-level restaurants, and retail stores, among others.

Trump’s investments have greatly impacted his net worth. He has assets from investments such as Trump Media and Technology Group, which birthed Truth Social, with 3.2 million followers as of June 10th, 2022.

Donald Trump’s wealth actually decreased during his presidential term. However, he did earn his $400,000 salary and it led to other opportunities such as speaking engagements.

Additionally, these are other avenues through which the former president makes his money:

How Does Donald Trump Spend His Money

You probably expected Trump’s net worth to be higher than the one listed. However, there is a reason; he spends his money. The former president has spent and spends his money in the following ways.

Donald Trump injected his money into the presidential campaign as a boost. In 2016, he spent $66 million on his campaign when running for the presidency. He used his fleet of expensive aircraft during these campaigns.

Interestingly, he did not put his money into his campaigns during his re-election.

The former president has a collection of impressive luxury cars.

When he was still the US president, Donald Trump donated his salary. Between 2005 and 2020, his charity donations totaled $130 million.

Donald Trump’s career has featured several lawsuits. Even before running for the presidency office, he already had 3,500 legal actions in courts. In 2016, The Trump University litigation had him settle a pricey fee of $25 million.

Unfortunately, there were lawsuits after his term, and the White House no longer protects him. Therefore, he is set to receive financial stings from bills and fees on lawsuits. However, we do not know the exact financial details of the lawsuits.

Donald Trump is always in the spotlight, from TV shows and movie appearances to media interviews. It is no wonder you often see him in suave suits. He has to maintain his appearance, thus the need for personal styling. His suits have been from Brioni menswear way before he got into the presidency. On average, the Brioni suit sets he wore during his campaigns cost $5,250 and $6,900. Moreover, Trump spent around $70,000 on styling hair, as revealed by his tax returns.

His taste for expensive clothes is evident. Notably, you cannot fail to notice the designer clothes Trump’s family rocks.

Donald Trump loves golf. During his 4-year term as the president, he made 298 golf outings, costing $145 million. After his term ended, he now has to fund the expenses of these outings. However, he can utilize his retirement package as well.

Having inherited wealth from his father, Donald Trump doesn’t hesitate to leave a fortune and legacy for his family. He has spent money schooling his teenage son, Barron Trump. Also, the 15-year-old enjoys a luxurious lifestyle.

Moreover, Donald Trump has grown up kids who benefit from their father’s empire. For instance, Donald Trump Jr. and Eric Trump are Executive Vice Presidents at the Trump Organization, where they are amassing fortunes.

Donald Trump is a business mogul. He has successfully owned property and businesses, giving him great earnings. Notably, he was already rich even before getting into the White House, and his inheritance has impacted his net worth.

Unfortunately, not all his business endeavors have been successful. Despite this, we can expect his current net worth of $3 billion to increase in the coming years.