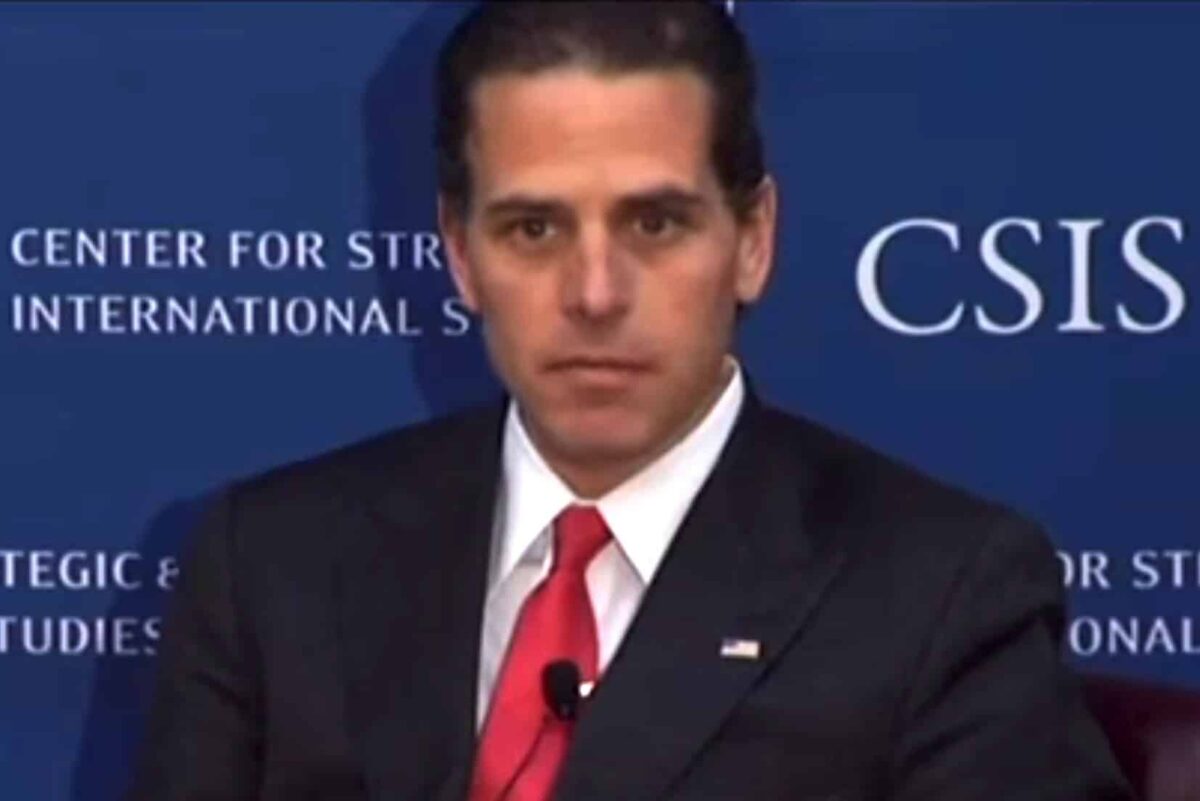 Hunter Biden earned more than $6 million in three years, yet his net worth is far below that. So what happened?

At 52-year-olds, Hunter Biden is the second and only surviving son of Joe Biden. He is a well-known figure in the eyes of many Americans since he is an American lawyer, lobbyist, and founder of Rosemont Seneca Partners.

Hunter has been criticized for using his father to find lucrative positions within many infamous companies. In 2014, he was on the board of Burisma Holdings, a Ukrainian natural gas company, and served until April 2019. Throughout his life, he has had quite the adventure.

As an adult, he lost his brother to brain cancer in 2015. For several years, Biden battled drug and alcohol addictions.

His first marriage fell apart, and he has had several affairs, including one with his brother’s widow. Biden’s personal life was repeatedly dragged into his father’s political campaign by his father’s opponents.

Hunter Biden’s net worth in 2022 is estimated at approximately $1 million.

Between 2014 and 2016, he reportedly earned around $6 million from multiple income sources. In earlier years, his accumulated wealth was substantial; however, his funds were also rapidly depleted to the point that he and his family had difficulty paying their monthly bills.

How Did Hunter Biden Earn His Income?

Over the decades, he earned money through employment, business ventures, and investments.

He graduated from Yale University in 1996. He then began work at the MBNA Bank that same year, earning $100,000. In 2001, he became a lobbyist. In 2006 he purchased a hedge fund through an $8.1 million promissory note with his uncle, James Biden. With this, he was reportedly growing his wealth and earning a salary of $1.2 million annually.

His other position was vice chairman of the National Railroad Passenger Corporation, serving from 2006 to 2009. He joined the United States Navy Reserve in 2013 but was subsequently administratively discharged when he failed a drug test.

He also served on several boards over the years, including Burisma Holdings (a Ukrainian natural gas company), where he served from 2014 to 2019.

How Hunter Biden Spent His Money

Although he earned a substantial amount of money through his various endeavors, he spent much of his money on addictions, rehabilitation, and the collapse of his relationships. He also owed money to creditors and the IRS because of investigations about his finances.

E-mails highlighting the financial difficulties that Biden was experiencing were found on a laptop that supposedly was dropped off at a Delaware repair shop in 2019. Biden did not know if the laptop was his or if it had been hacked. CNN was able to authenticate some e-mails.

These e-mails referenced taxes owed to the IRS, unpaid health insurance, overdue car payment for his Porsche, his assistant’s unpaid salary, insufficient funds, etc. He was also investigated by the IRS’s Criminal Investigation Agency regarding his business dealings.

These financial issues were substantiated through memoirs written by both Biden (Beautiful Things) and his ex-wife, Kathleen Buhle (If We Break). Biden referenced his spending on drugs and partying with strangers by recalling, “It hounded me to spend recklessly, dangerously, destructively. Humiliatingly. So I did.”

Meanwhile, Buhl had said, “More than once, my debit card was declined at a store. I’d have to call Hunter to transfer money into my account. Hunter and I drove nice cars and had a beautiful home, but we were running fast on that hamster wheel and barely staying on.”

Buhl had conceded that she was embarrassed that she gave all financial control to her husband. She hoped that other women would learn the lesson that she did – to understand their finances and take responsibility for them.

Through documents and analysis, it is indicated that Biden spent more than $200,000 per month from October 2017 to February 2018 on just luxury hotel rooms, Porsche payments, dental work, and cash withdrawals.

Due to the intense political scrutiny that Biden has been under, there have been numerous investigations regarding his business dealings and payments he’s received, particularly while serving on the board of directors for Burisma.

Donald Trump used this fact extensively to try to discredit his father, Joe Biden, in the 2020 presidential race. In 2019, Hunter admitted that it was poor judgment to serve on this board, although he professes that he did nothing wrong.

Biden and his family now rent a mansion for $20,000 per month in Malibu.

Hunter Biden has led a colorful life that has many life lessons to learn from. As the son of the President of the United States, he has enjoyed a privileged lifestyle.

Biden had stated to the media, “I don’t think there’s a lot of things that would have happened in my life if my last name wasn’t Biden.” However, the advantage of carrying that last name was overshadowed by years of struggling with his alcohol and drug addictions and the political scandals that dogged him.

Now happily married and sober, he credits the love of his family for keeping him from straying back to the drugs and alcohol that wreaked havoc on his life.

The current federal investigation of his financial and business activities may result in possible charges, but a final decision has yet to be reached.