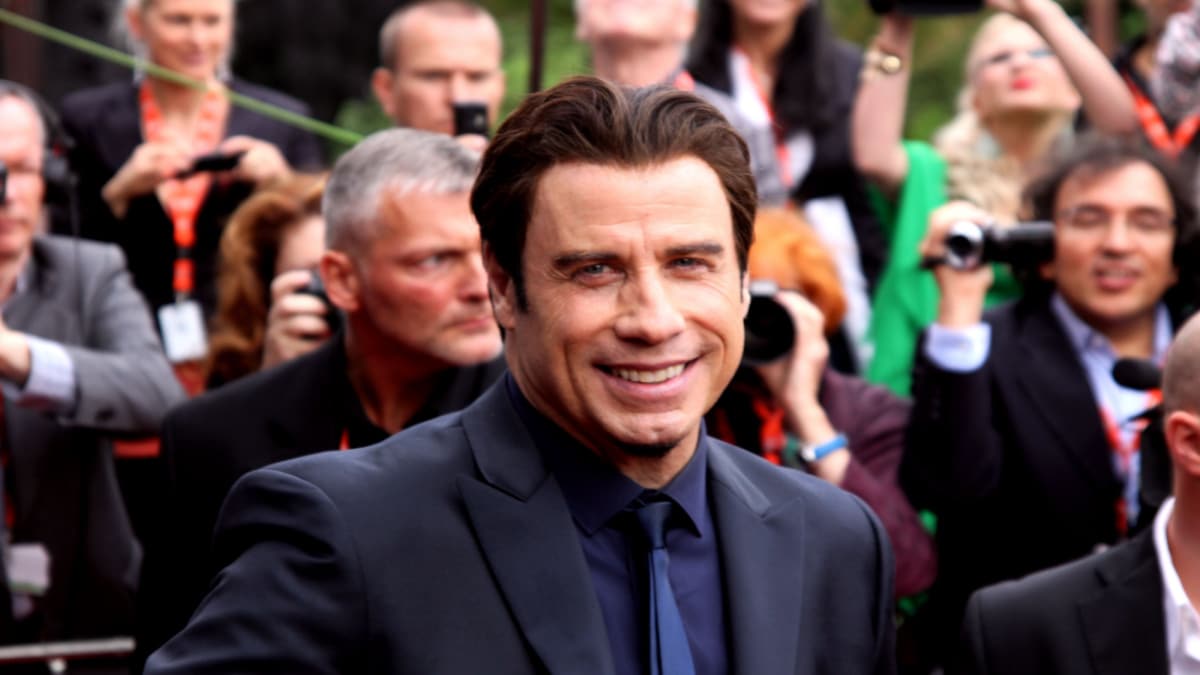 John Travolta has amassed a huge net worth over his four decade movie career. How did he make his money, and how does he spend it?

His late father, Salvatore “Sam” Travolta, was a semiprofessional football player who became a tire salesman and partner in a tire company, Travolta Tire Exchange. His late mother, Helen Cecilia (née Burke), was an actress, director, and singer in her early life. She sang in the radio vocal group The Sunshine Sisters before she became a high school drama and English teacher.

His father was a second-generation Sicilian-American who had roots in Godrano, Province of Palermo, and his mother was Irish-American.

Travolta grew up in an Irish-American neighborhood, and his household was predominantly Irish in culture.

He attended Dwight Morrow High School but dropped out as a junior at age 17 in 1971.

Although he was raised Catholic, he converted to Scientology in 1975 when he was 21.

Travolta is the youngest of six children. Like Travolta, his siblings Joey, Ellen, Ann, Margaret, and Sam all took inspiration from their mother’s love of theatre and drama and became actors.

What is John Travolta’s Net Worth?

According to Celebrity Net Worth, John Travolta’s net worth is around $250 million. That puts him on par with Samuel L. Jackson, Bette Midler, Tom Brady, and Tina Turner.

How Did John Travolta Earn His Net Worth?

John Travolta is, of course, best known for his acting work. He has, however, had multiple avenues of income over the years. Let’s take a look.

When Travolta dropped out of school, he moved across the Hudson River to New York City. While in the Big Apple, he landed a role in the touring company of the musical Grease and on Broadway in Over Here!, singing the Sherman Brothers’ song “Dream Drummin’.”

After that, he moved to Los Angeles, hoping to advance his career in the entertainment industry further.

He landed his first screen role in 1972 as a fall victim in season two of Emergency! His first significant movie role came when he played the bully Billy Nolan in the 1976 horror, Carrie.

Around that time, he won the role that would make him a star, playing Vinnie Barbarino in the ABC TV sitcom Welcome Back, Kotter.

Over the next few years, Travolta starred in the television film The Boy in the Plastic Bubble and the two movies that turned him into a global megastar; 1977’s Saturday Night Fever and 1978’s Grease. The former earned him an Academy Award nomination for Best Actor, making him one of the youngest ever nominees for the gong at 24.

His 1978 romantic drama Moment by Moment was a failure. Still, Travolta bounced back in 1980, as his hit romantic Western Urban Cowboy resulted in him riding a nationwide country music craze in its aftermath.

The 1980s wasn’t a great decade, as his acting career took a general downturn. 1981’s Blow Out didn’t perform well at the box office, but it was at least a decent movie. A series of commercial and critical failures followed, such as 1983’s Two of a Kind and 1985’s Perfect.

1983’s Staying Alive – the sequel to Saturday Night Fever – was a commercial success but was torn to shreds by critics.

The 1990s was an excellent decade for Travolta, as his acting career saw a mighty resurgence. The platform for the rebirth actually came in the late 80s, with 1989’s Look Who’s Talking, which had a worldwide gross of $297 million, making it his most successful movie since Grease.

He starred in the movie’s sequels – 1990’s Look Who’s Talking Too and 1993’s Look Who’s Talking Now – but his role in 1994’s Pulp Fiction, in which he played against type, meant he was indeed back in the big time, and is among the best John Travolta movies of all time.

His Academy Award nomination for his performance made him A-list again, and he was inundated with role offers. He appeared in the likes of 1995’s Get Shorty and White Man’s Burden, 1996’s Michael, Phenomenon and Broken Arrow, 1997’s Face/Off, 1998’s A Civil Action and Primary Colors, and 1999’s The General’s Daughter.

In 2020, following the death of his wife Kelly Preston, Travolta suggested on Instagram that he’d be putting his career on hold. He is, however, set to return to acting in 2023’s American Metal and Paradise City, which doesn’t have a release date yet.

John Travolta’s discography comprises 11 albums (including the soundtracks to Grease and Hairspray) and 30 singles.

After several singles that failed to chart, Travolta had his first hit with “Let Her In” in 1976, and it peaked at number 10 on the Billboard Hot 100 chart.

Of Travolta’s albums, the highest-charting are Grease and Hairspray, which peaked at numbers one and two in 1978 and 2007, respectively.

A qualified pilot and keen aircraft collector, Travolta is the author of the book Propeller One-Way Night Coach, the story of a young boy’s first flight.

How Does John Travolta Spend His Money?

John Travolta is staggeringly wealthy and spends his money, perhaps most notably on real estate.

His Florida home is also a mini-airport, as he paid for a runway and landing strip to be built there.

That is, of course, to accommodate the collection of planes we mentioned earlier, including multiple Gulfstream aircraft, an Eclope 500, and a former Qantas Boeing 707, the largest in his fleet.

Travolta likes to look smart and has an extensive collection of luxury watches, including Cartier, Rolex, and Hublot pieces. They can cost anything from $5,000 to $500,000 each.

He’s also very charitable and has donated large amounts of money to Scientology. He also gives to his charity, the Jett Travolta Foundation, and several animal rescue organizations, including the Mississippi Animal Rescue League and Last Chance For Animals.

John Travolta is one of the richest actors, with one of the most recognizable faces in the world. He will continue to make good money for the rest of his life.

His acting career is about to recommence, and we wish him well on his return to the big screen.