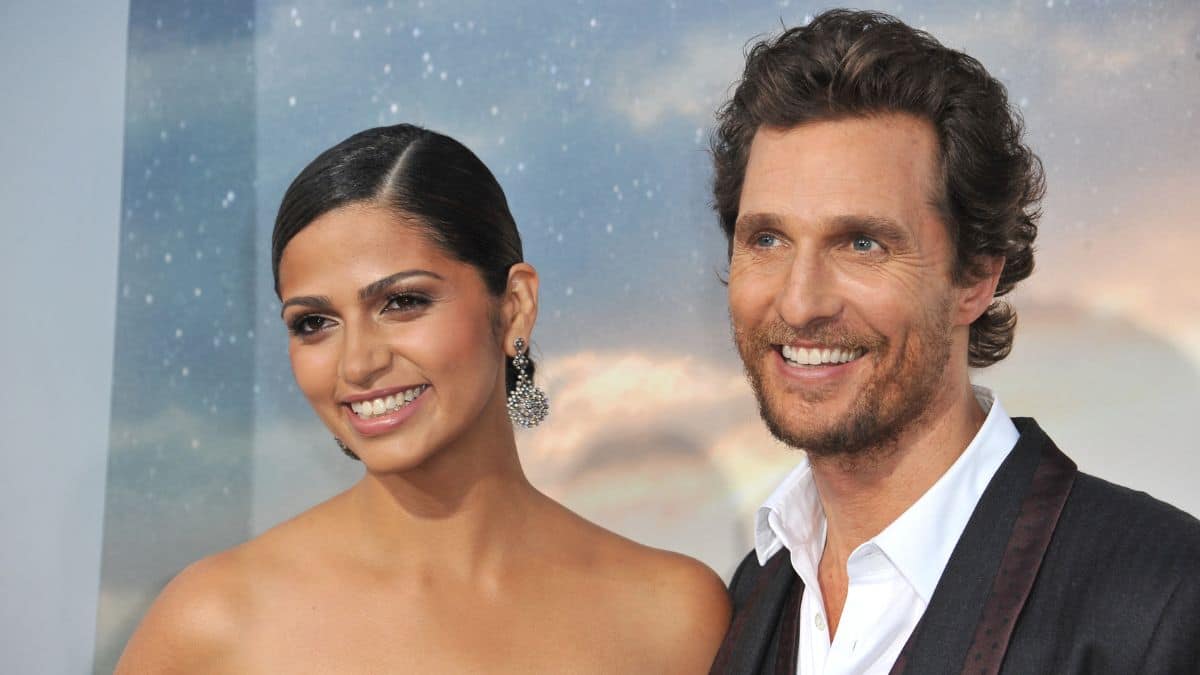 Want to know which Hollywood couples are hoarding significant fortunes? We’ve highlighted and broken down individual net worth figures for fifty of the world’s most celebrated and richest celebrity couples.

American actress, dancer, singer, and film producer Kristen Bell married actor and podcaster Dax Shepard in 2013. The celebrity couple has a total net worth of $40 million. Bell is responsible for $20-25 million of their pot.

Emmy award-winning actors Kevin Bacon and Kyra Sedgwick married in 1988. Additionally, they both are film and television producers.

Bacon composes movie scores. The Hollywood couple has a hefty $45 million, but who is responsible for what is unknown.

Neil Patrick Harris and David Burtka are both established actors who met on the set of How I Met Your Mother. They’ve been together since 2004.

However, they didn’t marry until 2014, when the Marriage Equality Act in New York allowed them. Harris has a fortune of $50 million to hubby Burtka’s modest $3 million.

Indian actress, singer, and beauty pageant contestant Priyanka Chopra married musician and singer-songwriter Nick Jonas in 2018. They have a combined net worth of 70 million without known specifics.

Former President Barack Obama and First Lady Michelle Obama married in 1992. They weren’t overly wealthy for much of their life and made their first million from book royalties in 2005.

They have a combined net worth of $70 million. In addition, Barack has a $226,300 annual salary. Although the individual amounts are undisclosed, book deals, fashion, and their 2020 Spotify deal has helped pad their fortune.

English actress Emily Blunt, actor, film, television producer, and director John Krasinski married in 2010. The couple net around $40 million each, with Krasinski’s slightly higher for an $80 million combined net worth.

Mega-star Chris Pratt and author Katherine Schwarzenegger married in 2019. Pratt is best known for his lead roles in the Guardians of the Galaxy and Jurassic World films. Chris Pratt’s net worth is $80 million, while Schwarzenegger’s is a respectable $3 million.

Nonetheless, they happily live together with their two children. Rudolph’s net worth is $20 million, while Anderson’s is $70 million.

However, Legend is responsible for the majority. Since 2018, Teigen has brought in $10 million yearly from endorsements, modeling, and television projects.

In addition, they are both film producers. Cruz also modeled, sings, and is a designer. She has a net worth of $85 million compared to Bardem’s $30 million nest egg.

American actor and Oscar-winning director Warren Beatty married Golden Globe award-winning actress Annette Bening in 1992. They have a total of $70 million each for a combined $140 million.

Spanish singer Enrique Iglesias married Russian-American tennis star Anna Kournikova in 2001. Enrique Iglesias is one of the top-selling Spanish artists in history and made a lot of money. He is responsible for $100 million, while Kournikova estimates a $50 million net worth.

Actor Matthew Broderick married actress, film, and television producer Sarah Jessica Parker in 1997. Parker is best known for her Carrie Bradshaw role in Sex and the City. They have a combined net worth of $150 million without specifics.

English fashion model, screenwriter, producer, and comedian Sacha Baron Cohen married Isla Fisher in 2010. They have a combined net worth of $160 million. However, it’s unclear who is responsible for what.

Katharine McPhee and David Foster met on American Idol. Foster was a record producer for the series in 2005, while McPhee was a contestant.

They drew attention with their 30-year age difference. In addition, McPhee has $14 million compared to Foster’s $150 million net worth.

Russell and Goldie Hawn have been together for 39 years but chose not to marry. They are among the happiest and richest celebrity couples in Hollywood. Russell’s net worth is $100 million compared to Hawn’s $90 million.

Motorcycle racer Carey Hart and pop-rock star Pink met at the ESPN X Games in 2001. They split and reunited in 2005 and were married in 2006.

Pink is a fantastic singer-songwriter, model, dancer, and actress with a net worth of $200 million to Hart’s modest $30 million.

*NSYNC alum, singer-songwriter, dancer, actor, and television producer Justin Timberlake and actress Jessica Biel have $250 million. However, Timberlake is responsible for $200 – $230 million of the couple’s net worth.

Ashton Kutcher and Mila Kunis are both American actors who met on the set of That 70’s Show. However, they didn’t get together until long after the show ended in 2012.

Then, they married in 2014. Kutcher is an investor and producer with a net worth of $200 million compared to Kunis’ $75 million. Also, they are one of the cutest celebrity couples.

Tina Turner and Erwin Bach got together in 1986 and finally married in 2013. Rock goddess, choreographer, author, and legend Tina Turner has a massive sum of $250 million, while music executive Bach has a $50 million net worth.

American sculptor Don Gummer and Academy award-winning Meryl Streep married in 1978. Streep’s net worth is $160 million, while Gummer’s is $150 million.

Married in 2006, Nicole Kidman and Keith Urban are among our favorite richest celebrity couples. Country music star Urban’s net worth is $75 million, while mega movie star Kidman’s is $250 million.

After dating for eight years, Harrison Ford married actress Calista Flockhart in 2010. Flockhart is best-known for her Ally McBeal role and has a net worth of $30 million, while mega-movie star Ford’s fortune sits at $300 million.

Katy Perry and Orlando Bloom have had an on-and-off relationship since 2016. Perry is a singer-songwriter and actor, while Orlando Bloom is known for acting in the Lord of the Rings and Pirates of the Caribbean franchises. Katy Perry‘s net worth is $330 million, while Bloom’s is $40 million.

American producer, director, writer, and actor Judd Apatow and actress Leslie Mann married in 1997. Apatow is the creator of Freaks and Geeks and an Emmy award winner. Apatow’s net worth is $160 million compared to Mann’s at $150 million.

Country music superstars Faith Hill and Tim McGraw have been married since 1996 and are a favorite celeb couple. Both their net worth’s are $200 million. They made most of their fortunes from country music.

Supermodel, fashion model, and pin-up girl Cindy Crawford and model and Tequila businessman married in 1998. The couple has a combined net worth of $400 million. It’s unclear how much is whose. However, Crawford easily tops $200 million of it.

Rapper, actor, screenwriter, film, record, and television producer Will Smith is one of the highest-paying actors of the last few decades. He and Jada Pinkett married in 1997 after meeting at her Fresh Prince audition for a role that went to Nia Long.

Jada Pinkett-Smith is an actress, songwriter, film, and television producer. She currently hosts her Red Table Talk show with a net worth of $50 million. Will Smith’s net worth is $350 million.

Superstar Barbra Streisand and actor James Brolin were married in 1998. Streisand and Brolin first met in 1970 on the set of Capricorn One. Streisand’s net worth is $400 million, while Brolins’ is a respectable $50 million.

Superstars Michael Douglas and Catherine Zeta-Jones got married in 2000. Douglas is an actor and film producer with a net worth of $350 million. Actress, singer, and spokesperson Zeta-Jones sits at $150 million.

American comedian, screenwriter, and TV star Ellen DeGeneres married actress Portia de Rossi in 2008. She has a $500 million net worth, while Portia de Rossi’s is at $50 million.

Sting and Trudie Styler began living together in 1982 and married in 1992. Sting is a singer-songwriter, record producer, and actor who made his fortune from music.

Singer, actress, fashion designer, and television producer Jennifer Lopez is an outstanding businesswoman with $400 million with a $40 million annual salary.

In comparison, Ben Affleck’s net worth is $150 million. He is an actor, screenwriter, producer, and director. The two tied the knot on July 16th, 2022, after reuniting from a 20-year breakup.

However, they have dated since 1993 and are one of our favorite pair of richest celebrity couples. Sir Elton John claims $500 million, and Furnish has a net worth of $50 million.

Retired English soccer player David Beckham and his wife, Victoria, have a combined net worth of $800 million. Although, it’s unclear how much belongs to whom.

Victoria Beckham is best-known as Posh Spice from the Spice Girls. David Beckham is Inter Miami CF’s president and co-owner of Salford City.

Beyoncé and Jay-Z are actors, singers, songwriters, and record and television producers. Beyoncé also does voice acting, while her husband is one of the greatest rappers ever to pick up a mic.

Jay-Z’s net worth is $1.3 billion, and Bey’s is $500 million. According to Forbes, Jay-Z is the first billionaire to come out of hip-hop music.

With a net worth of $1 billion, Wissam Al Mana is a Qatari-born retail entrepreneur and executive director of the Al Mana Retail Group. Janet Jackson is a dancer, singer, and actress. Also, she’s the late Michael Jackson‘s sister. She has $180 million in her name.

Billionaire luxury property tycoon Nick Candy married Australian actress, singer, and model Holly Valance in 2012. He has $2 billion, while she has $20 million in their combined portfolio.

Oprah Winfrey and Stedman Graham were engaged to be married in 1992. However, they never formally did so but remained together. Oprah Winfrey’s net worth is $3.5 billion, with an annual salary of $315 million.

She is one of the richest women in the industry. American author, public speaker, and businessman Stedman Graham’s part of their combined wealth is $10 million.

Pinault’s responsible for the vast majority of their wealth with $7 billion, while Hayek’s sits at $200 million. Salma Hayek became wealthy from films and television.

Film director Steven Spielberg met Kate Capshaw when she auditioned and landed her Willie Scott role in Indiana Jones and The Temple of Doom (1984). Kate Capshaw has a $100 million stake in their claim.

Spielberg’s net worth is $8 billion. Furthermore, he has an annual income of $150 million. He is one of the wealthiest filmmakers in history and why they topped the list.