Rupal Patel was born on 1 January 1975, in Mumbai, Maharashtra, India. She is an Indian actress best known for portraying Kokila Modi in Saath Nibhaana Saathiya. She was trained in acting at the National School of Drama in New Delhi apart from having a degree in Commerce. She is best known for Saath Nibhana Saathiya (2010), Yeh Rishtey Hain Pyaar Ke (2019), and The Seventh Horse of the Sun (1992). She has owned a theatre group, Panorama Art Theatres, which is involved in children’s plays. Rupal Patel Net Worth And Income In 2021 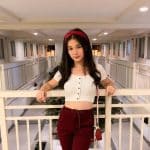