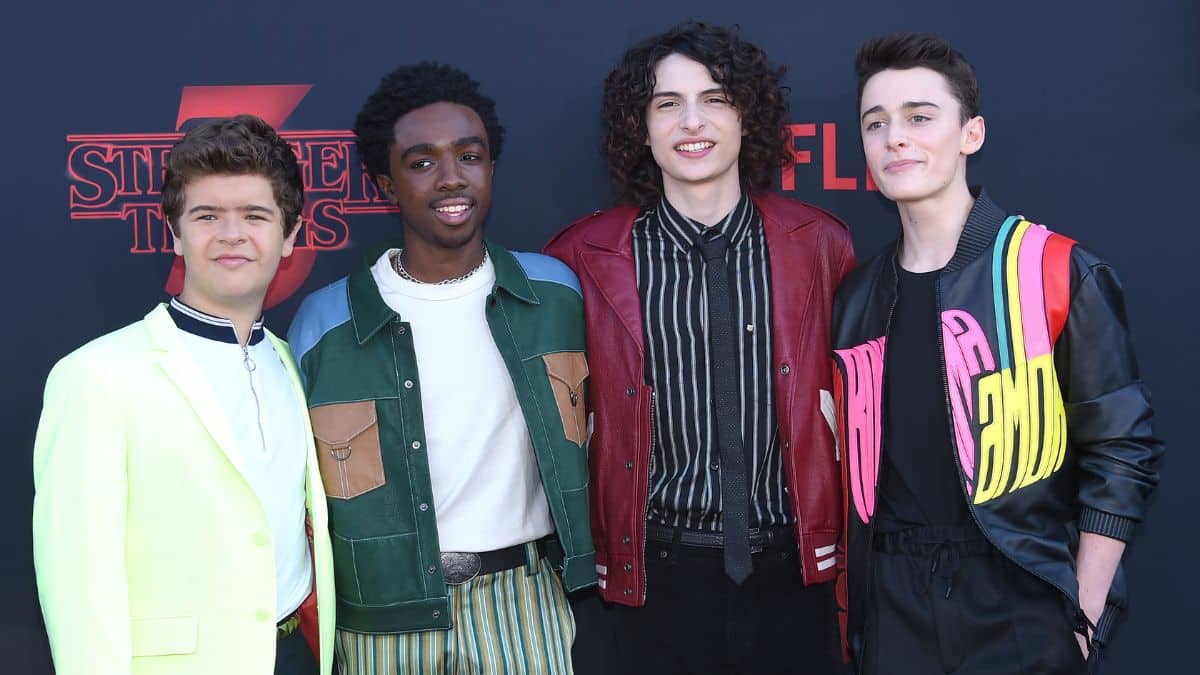 Creators and brothers Matt Duffer and Ross Duffer added several new characters to the Stranger Things season 4 cast lineup. But don’t fret; most of the OG veterans return for this spellbinding season of Stranger Things.

Spoilers are ahead if you haven’t watched Stranger Things season four yet.

It’s no surprise that cast favorites, including Bob Newby (Sean Astin), Dr. Alexei (Alec Utgoff), and Barb Holland (Shannon Purser), are not returning due to their untimely deaths.

Hellfire Club is the Dungeons & Dragons (D&D) group that Mike, Dustin, and Lucas joined as first-year students at Hawkins High School. Munson created the villain named Vecna during a D&D campaign, and he plays a wicked guitar.

Unfortunately, the town believes he’s guilty of murdering a cheerleader, forcing him into hiding with the help of the veteran Stranger Things crew.

After what the town believes to be an earthquake, Vicki makes peanut butter and jelly sandwiches for people who are displaced.

But, of course, it wasn’t an earthquake but rather the Gate’s opening. Nonetheless, Vickie and Robin bond in season four, setting up a season five romance possibility.

After season three, Joyce packs Jonathan, Will, and Eleven up and moves to California to escape the Hawkins curse. It’s here where Jonathan meets Argyle (Eduardo Franco), a comical stoner who delivers pizza for Surfer Boy Pizza.

Argyle is the driver for the Hawkins gang throughout season four of Stranger Things and becomes instrumental to the crew.

Eduardo Franco learned how to drive a stick shift because the Surfer Boy Pizza van is a Volkswagon.

But, things are not as they seem, as terrifying nightmares and visions haunt her. Eventually, Chrissy follows Eddie to his trailer to purchase drugs as a means of escaping.

She also clarifies that it needs to be more potent than weed, and Eddie is genuinely surprised. Ultimately, Vecna possesses and kills Chrissy in front of a horrified Eddie.

Additionally, he unites the other players and townspeople by giving them a villain. Unbeknownst to him, Vecna is the actual killer, and Chrissy was only the beginning.

Jason believes the Hellfire Club is a “freak devil cult” with Eddie as their murderous leader. So he convinces the town, and they form an angry mob, putting a target on the backs of all club members.

Joseph Quinn was genuinely playing “Metallica’s “Master of Puppets.” The only time that Quinn isn’t playing is when you see a close-up of hands on the guitar during the sick solo.

Elodie Grace Orkin has a minor role with significant consequences for her nose and Eleven. She plays Angela, the popular high school bully that makes life for El pure hell.

When Mike visits, they go with Will to the roller skating rink, and Angela is there with her lackeys. Angela torments Eleven and embarrasses her in front of Mike.

So El runs up on her with a roller skate and cracks her face. She suffers a broken nose and grade-two concussion, while El suffers hurt feelings and concerns about losing her power.

She battles an internal conflict and questions if she is the monster. In addition, her assault arrest alerts the agencies seeking her out, and danger quickly ensues.

Creel insists the murders were supernatural and resulted from a demon that haunted his house. He elaborates that they inherited the home from their uncle and various oddities occurred before the killings.

Victor took razor blades to his eyes to reunite with his family, so he no longer has eyes by his own doing.

In a behind-the-scenes interview with the Duffer Brothers admitted that Robert Englund’s audition tape featured him running lines from his bathtub.

Jamie Campbell Bower plays Henry Creel, who is also One, and Vecna. Eleven has a series of flashbacks throughout the season that frame a nameless orderly at the Hawkins Laboratory as her mentor and friend.

Eventually, he shows Eleven a tattoo on his wrist that matches hers, but his number is 001. After his family died and his father’s incarceration, Dr. Brenner took Henry into the Hawkins Lab.

Later, it’s revealed that Henry is Vecna and responsible for all of the horrific deaths in Hawkins, including his own family’s deaths that his father is in jail for committing.

Vecna is a vicious killer who breaks his victim’s bones before taking out their eyes.

Jamie Campbell Bower had to sit in a makeup chair for seven and a half hours to apply the Vecna costume head to toe.

Enzo sends Joyce a cryptic message in a creepy Russian doll that tells her he is alive and can’t wait for their date at Enzos.

After being snitched on, Dmitri is imprisoned in Kamchatka with Hopper. They work together to escape before being served to a Demogorgon in a gladiator-style arena.

Enzo employs him to smuggle Hopper out of Russia and into Alaska in exchange for $40,000. But instead, Yuri drugs and kidnaps Murray and Joyce.

Then, he calls Kamchatka and informs them that Enzo is a corrupt guard. Furthermore, he barters Joyce and Murray in exchange for a significant payout. Unfortunately, the KGB still wants both of them from the events of season three.

David Harbour had his head shaved in real-time while filming the Russian prison scenes on Stranger Things.

A car accident that caused another teen’s death haunts Fred. He feels enormous guilt for racing home instead of going to the police to report it.

He also joins Nancy in investigating Chrissy Cunningham’s death at the trailer park. Unfortunately, he is Vecna’s second victim and dies in the same vicious fashion as Chrissy.

They modeled Karen Wheeler’s blonde wig after Kate Capshaw’s hair as Willie Scott in Indiana Jones and the Temple of Doom.