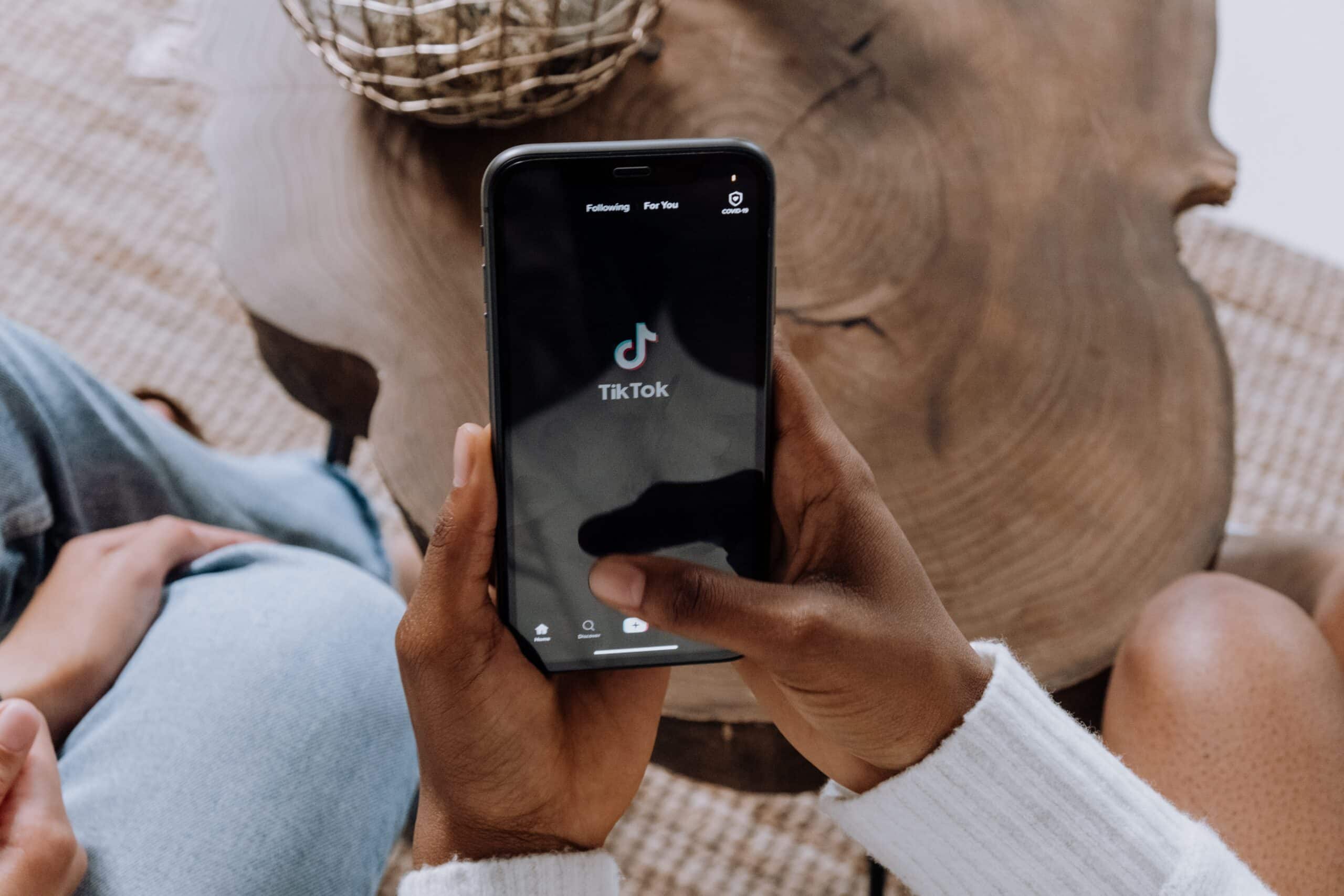 In case you haven’t heard, TikTok is the new hot social media platform. And while it’s mostly been used for hilarious lip-syncing and trendy makeup tutorials, a growing number of Gen Zers are turning to the app for financial advice. Enter the ‘finfluencers’ – TikTok users teaching their peers how to invest and save for the future.

New analysis has revealed that Erika Kullberg is the number one TikTok financial influencer, or ‘finfluencer’, teaching Gen Z how to save money on the social media platform.

The study conducted by derivative trading provider CMC Markets analyzed TikTok profiles of the creators and marketing calculators to determine how influential the financial content creators are on social media. Eight out of ten of the most influential finance TikTok creators are based in the United States.

Erika’s TikTok videos offer users tips across retail, investing, employment and law. A video about how to get free Nike shoe replacements using the company’s 2-year warranty is her most popular, racking up 74.8 million views as of August 2022.

After paying off $225,000 of student debt in two years, Erika became a content creator and discovered a passion for helping others with personal finance. A video on her TikTok reveals she now makes over $100,000 per year from YouTube revenue alone.

53-year-old English entrepreneur Mark Tilbury is the second most popular finance influencer on TikTok. With 7.1 million followers, Mark can earn an estimated $5,860 per sponsored post. This means he could potentially earn one million dollars after posting 171 sponsored videos, or 14 videos per month for one year on TikTok alone.

He has the highest engagement rate out of anyone in the top ten, 2.18%, with an average of 154,650 likes per TikTok video. Mark shares advice and explanations on how to invest, save money and negotiate in order to become a millionaire. He currently owns multiple businesses and resides in Whitstable, Kent. Mark is the only TikTok creator from England in the top ten.

Duke Alexander Moore, aka Duke Tax, is the third most popular finance TikToker. Based on his 3.4 million follower count, niche and audience, he could earn an estimated $2,720 per sponsored video. Duke’s videos educate his followers about taxes for creators and entrepreneurs and personal finance tips.

His most popular video, with over 10.6 million views, summarises President Biden’s stimulus plan, explaining how people can claim the checks and how to file this on a tax return. Duke is from Shreveport, Louisiana. Before finding success in finance, Duke was evicted from his apartment and filed for bankruptcy. He is now a Certified Tax Coach and Enrolled Agent and currently one of Intuit’s QuickBooks top 5 Tax Advisors in Dallas, Texas.

Brandon Schlichter, aka Investment Joy, 36, from Circleville, Ohio, is the fourth most popular financial influencer on TikTok. With 3.4 million followers, Brandon can earn approximately $2,640 per sponsored TikTok video. That is just over 1% of his monthly revenue, as he generates around $200,000 per month from his businesses.

He has now accumulated a net worth of over $10 million. Brandon uses his TikTok account to share his rental properties and businesses, investing tips, and financial education with his followers. His most popular video, with over 45.1 million views, shows how much money his laundromat made in one day ($1,125).

Humphrey Yang, 34, based in San Francisco Bay Area, California, is the fifth most popular finance content creator on TikTok. With 3.3 million followers, Humphrey can earn an estimated $2,640 per sponsored video. Humphrey is an ex-investment banker who uses TikTok to share personal finance, money, and investing tips in simple terms.

According to his financial master sheet, his investments include Vanguard, Robinhood, Coinbase Pro, WeBull, Fidelity, Public, and Wealthfront, where he invests between $340,000 to $500,000 per month. He went to school in Portola Valley, California.

Tatiana Londono from Montreal, Canada, is the sixth most popular financial TikTok influencer. Her 2.7 million following can earn her an estimated $2,160 per post. This means she would need to post 265 sponsored videos in order to afford the average cost of a home in the Greater Montreal area, or $571,400, according to this CBC report.

Tatiana only needs to post one sponsored TikTok video per month in order to cover the average cost of rent for a three-bedroom apartment in Montreal city center, according to Numbeo price data. Her TikTok content covers business and real estate tips and how to make and invest money.

Her most popular video highlights three high-paying jobs you can get without a college degree (electrician, plumber, real estate photographer), which racked up over 16.9 million views. As well as being a real estate coach and investor, Tatiana is the star of HGTV’s Property Shop, a reality show following the opening of her real estate agency.

Preston Seo, aka the Legacy Investing Show, is the seventh most popular finance TikTok creator. With 2.3 million followers, Preston can potentially earn $1,840 per sponsored video. He has three properties making him over $20,000 per month. The Legacy Investing Show covers investing, real estate, and personal finance to teach viewers how to have ‘financial freedom’, focusing on Airbnb rentals.

Preston’s most watched video shares his favorite stock trading platform, Public.com, which has gained over 39.9 million views. He owns over 50 rental properties and makes around $11,000 per day from his businesses, according to a recent TikTok video.

Tori Dunlap, 27, is the eighth most popular financial influencer on TikTok. She has over 2.2 million followers on her TikTok account, herfirst100k. Tori can make an estimated $1,760 per sponsored post.

Her most popular video addresses how to invest and why it’s important, which has been viewed over 6.1 million times. Tori’s channel features free tips on personal finance and investing. With over 2,000 posts on TikTok, she is the most active creator out of anyone in the top ten.

Tori is based in Seattle, Washington, and is a University of Portland graduate. She quit a corporate marketing job and founded her TikTok account to teach other women how to grow their wealth in order to fight the patriarchy. She describes herself as a financial feminist.

John Liang ranks at number nine on the list of financial influencers on TikTok. He can make an estimated $1,600 per sponsored video, based on his 2 million TikTok followers. John is a real estate investor and shares tips about investing, credit cards, retail, employment, and earning money on his channel.

His most popular video, with over 15 million views, reveals the low costs of manufacturing luxury brand products and how much markup gets added. Before becoming a personal finance influencer, John used to work at Chipotle.

Vivian Tu, aka Your Rich BFF, rounds off the list of TikTok’s top ten finance influencers. She has a following of 1.8 million, meaning that she can potentially earn $1,360 per sponsored video. Vivian is an ex-Wall Street Trader who went to school in Marriottsville, Maryland, and uses her TikTok platform to share tips on everyday money saving, stocks, and crypto investments.

Her most popular video, which explains what you should do if you win the lottery, has gained over 9.1 million views. Vivian started educating people about personal finance after realizing most people, even financial employees didn’t know much about it.