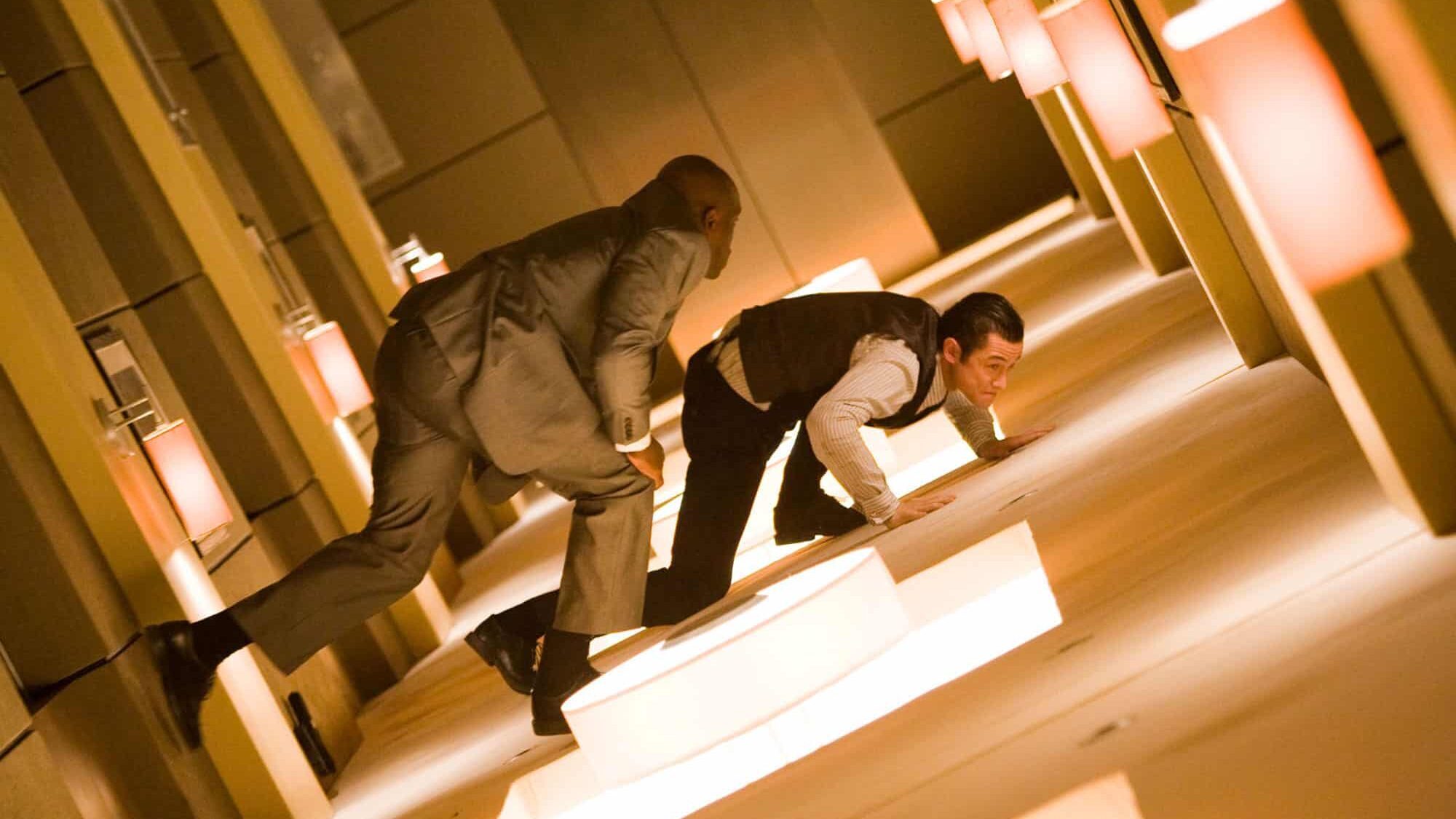 We’ve all been there, scrolling endlessly, desperate to find the perfect movie in the easily overwhelming volume of films Hollywood has churned out over the past 100 years. Even if we narrow the list only focusing on the award winners, the critically acclaimed, and the truly great films, the list seems endless. Some movies remain long-lasting sensations, even with the rapid progression of the industry.

What better way to unwind after a long day than to escape into a more fantastical world? So, pick your poison! From glamorous modern classics to rousing inspirational flicks to hustling through New Mexico with double-barrel shotguns and a gagging zest for revenge, we’ve compiled a list of the best you ought to see.

Based on the novel by bestselling author Jojo Moyes, Me Before You is a true romantic’s pièce de résistance. It features Game of Thrones star Emilia Clarke and Sam Claflin as a paraplegic, narking billionaire who decides to wait six months before traveling to Switzerland for assisted suicide on his parent’s behest. In this time, he ends up falling in love with his boisterous, newly hired caregiver, Louisa (Emilia Clarke), and ends up living more audaciously than he has since the accident left him paralyzed.

The delicate tale portrays love and life through its fragile, transient, and realistic scope, leaving no room for a sappy finish. (Tearjerker alert: you might need a pack of Kleenex beside you.)

The storyline is about an outlaw seeking revenge for the murder of his parents. But below that ordinary surface is the rivalry bond between two gangs whose paths keep crossing. Two gangsters who are more kindred than they realize, their love for the game checkmating them in an endless cycle of savagery.

The story and soundtrack are exceptional, and the suspense holds a crescendo right until the very end. This movie is an absolute watch for anyone who fancies Wild West rogues in roper boots with trigger-happy fingers—or anyone at all.

This story is an excellent adaptation of the novel by F. Scott Fitzgerald. Jay Gatsby, played by Leonardo DiCaprio, is a wealthy American socialite who throws flamboyant parties every weekend for the people of West Egg. An enigma, whom no one has ever met—even though they attend his parties—until he falls for the beautiful Daisy, and his mystery unravels bit by bit.

The classical piece explores mainstay humanity themes of selfishness and histrionic societal norms. Yet, underneath the rubble of everyday profligacy, Mr. Gatsby is all but a unicorn riding away from loneliness into an obsession that eventually becomes his doom. His curious neighbor, Nick Carraway (Tobey Maguire), the first and only one to care for him, is the story’s narrator.

The wellspring of such famous quotes as, “Great men are not born great, they grow great,” and, “An offer you can’t refuse.” The Godfather, the trilogy’s first installment, is solid proof some movies are timeless gems.

This Italian-American crime thriller centers on the family of mafia Don Vito Corleone (Marlon Brando Jr.) and his youngest son, Michael (Al Pacino), a venerable WW II marine. When Don Vito is nearly assassinated, Michael reluctantly indulges in his father’s empire and begins spiraling into a world of crime and violence.

After Don Vito sternly refuses business with drug-dealing mafia rivals, it spawns a vicious succession of events that briskly results in a cold-blooded war between families. A stirring story of revenge, betrayal, and the centrality of family set in the New York metropolis.

What comes to your mind when you hear the name of award-winning director Christopher Nolan? Greatness, no? Then Inception is a must-watch for folks who haven’t already seen it. Or maybe you have (and didn’t enjoy it); the second time’s the charm.

The sci-fi thriller follows the story of Cobb (Leonardo DiCaprio) and Arthur (Joseph Gordon-Levitt), ‘dream architects’ hired to implant an idea into a target’s subconscious. Cobb, a renowned criminal, is promised a clean slate and a chance to return home if he can achieve the impossible. But as the line between dreams and reality blurs, things soon spin out of control.

With all its intricacies and oddities, the plot is the definition of sublimity, and the cinematography, which won the movie one of its Academy Awards, is pure genius.

Hope is many things to many people—the thing that keeps you alive, or drives you insane and kills you in the end. To some, it’s maybe the best of things. Andy Dufresne (Tim Robbins) is wrongly convicted of killing his wife and her lover and is ordered to serve two life sentences at the Shawshank prison.

There, he witnesses a different life and inmates with too many stories to be told. He becomes friends with Red (Morgan Freeman), whose narrative voice-over adds a theatrical edge to the film.

The Shawshank Redemption sheds light on the often glazed-over afterlife of institutionalized prisoners who would do anything to stay in the system, to others who dare to dream, and to the golden mean, sailing with the wind.

The original screenplay is by Frank Darabont, based on a serialized novel by Stephen King. Highly recommended for anyone who’s ever been curious about what it takes to truly live.

You’ve seen Batman knock a man out cold and Wolverine slice through a building, but have you seen them perform magic with those same hands?

A game of clout and supremacy has two ingenious friends matched against each other, each one manic to be the last man standing.

Angier (Hugh Jackman) and Borden (Christian Bale) begin as a magic duo, performing simple old tricks until things take a swift turn when a sudden tragedy, because of a miscalculation, turns the two friends into sworn enemies. When Borden invents the ultimate illusion and wins the town’s admiration, Angier will go to any length to outsmart him.

But obsession, as Nikola Tesla – the scientist who helped Angier recreate the illusion – describes, is a thing that destroys in the end. Ten points for the dialogue, particularly, and the enthralling twists and suspense.

This soulful tale, directed by Robert Zemeckis, is about a boy born with a low IQ. The story, as narrated by Forrest Gump (Tom Hanks) himself, has him going back through the years, where he finds himself at the locus of olden historical events, helping and inspiring the surrounding people—all the while reminiscing about his first and true love.

Forrest Gump travels around the world as the events lead, finding his destiny. He learns that life is a never-ending journey and to accept it, come what may, because “you’ve got to put the past behind you before you can move on.” Inspiring with his dead-pan humor and simple innocence, Forrest Gump might as well have led a revolution.

On the list of must-see movies, this is a topper. This classic musical, directed by Robert Wise, will forever be remembered for its animation and vulnerable passion between two people who could not be more different.

Top themes in the film include music, family, faith, courage, love, and most of all, the beautiful possibilities of change. The movie, symbolic of its predominant theme of music, is a metaphor for a song that lingers in the listener’s heart long after the ending notes have played, warming memory. From the fascinating characters to the unwitting romance to the comicality of the piece, what’s not to love?

Rebecca is a suspenseful psychological thriller directed by Alfred Hitchcock and filmed in black-and-white. It contains horror elements, without the typical gore and monsters, but in a more subtle, imposed way.

Maxim de Winter (Laurence Olivier) falls in love with a young woman named Rebecca (Joan Fontaine), and although there’s a gap between them in terms of societal standards, there’s also an undeniable mutual attraction. Rebecca refuses to heed to warning about her only being a cheap rebound for Maxim and soon ends up being his second wife.

He takes her back to Manderley, his mansion, where she meets Mrs. Danvers (Judith Anderson), the ominous housekeeper. But something seems amiss about Manderley, where she seems always to be in the shadow of his dead wife. And as it seems, everyone, especially Mrs. Danvers, is still obsessed with the former Mrs. de Winter. One word for the cinematography—remarkable. Rebecca is a thrilling ride, a journey to another time and era.

This post was produced by Wealth of Geeks and syndicated by C Nation.